A short post, just to highlight some very interesting lectures coming up:

First of all, tomorrow evening, Wednesday 5th March, there will be a lecture in March at the library on the drainage of the Fens by Iain Smith of the Middle Level Commissioners. This is organised by the March Society. See for more details the leaflet below or the March Society’s Facebook page or check for the latest on Twitter at @MarchSociety. 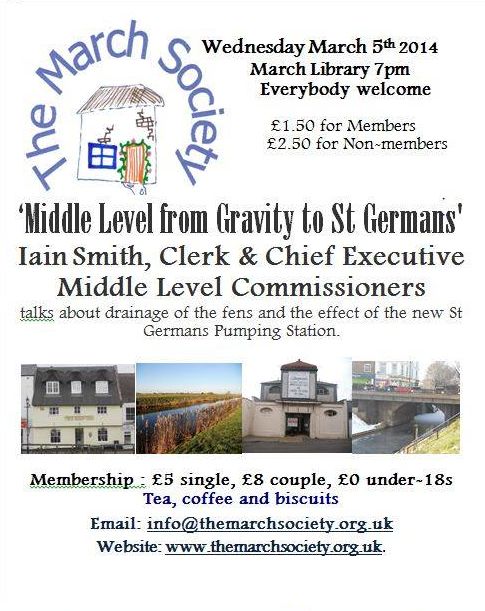 Another lecture will be held in Sutton-in-the-isle on Friday 11 April – Organised by Sutton Feast – this will be delivered by Mike Petty on the 1947 Fen floods. See flyer below (Source: http://ow.ly/i/4LeJu). Check for the latest at @SuttonIsle or @Sutton_Feast. 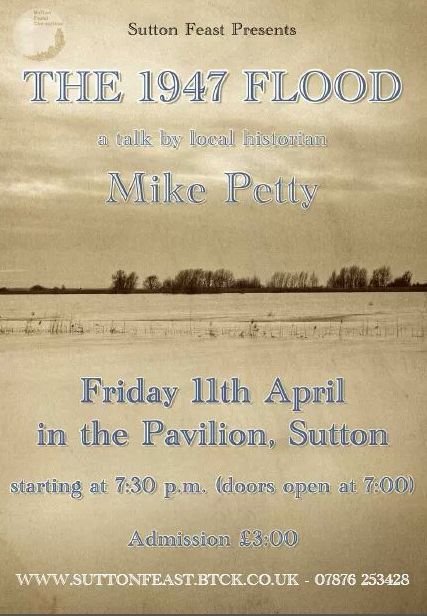 Don’t forget, there are also the ongoing Fenland History on Friday Lectures – for information on the remaining lectures, still running each Friday morning until early May – see this previous blog post.

I am pleased to announce the continuation of the highly successful Fenland History on Friday lectures series throughout April and May. As before – and highlighted in this previous blog post -, these lectures are held in Ely Library from 10.30 to noon. All are welcome (£2.50 on the door).

The following interesting topics remain to be told:

April 26th        Cromwell’s settlers, 17th-century Thorney: the hidden story of the Huguenots who settled on the drained Fenland  – Margaret Fletcher

Download here the flyer for this series: Fenland History on Friday Poster April and May 2013

For more information, check out www.cambridgeshirehistory.com/MIkePetty, or contact Mike Petty on 01353 648106 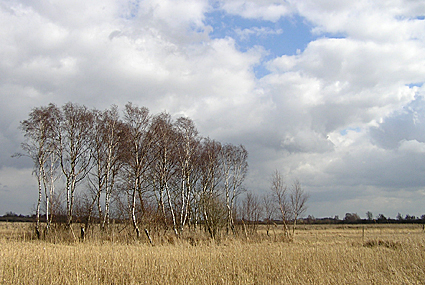 Tonight there will be a special lecture, jointly given by two well-known RSPB staff members, both working in the Ouse Washes Landscape Partnership area:

Tickets available on the door.

For many years now, there has been a very fruitful cooperation between the RSPB, Hanson Aggregates and Cambridge Archaeological Unit; all three organisations are part of the Ouse Washes Partnership and play an active role in the Ouse Washes Landscape Partnership scheme, on the Board (RSPB), as deliverers of projects within the scheme (RSPB; Cambridge Archaeological Unit), or as part of our wider Partner Forum (Hanson Aggregates). 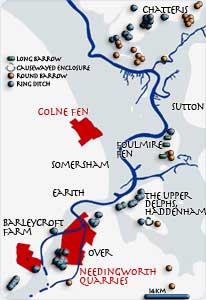 As a result of extensive aggregate extraction, in advance of habitat restoration schemes in the area, numerous fascinating archaeological sites have been excavated. This research has revealed many sites from the Bronze Age, Iron Age and Roman periods, many of which are considered of national significance. 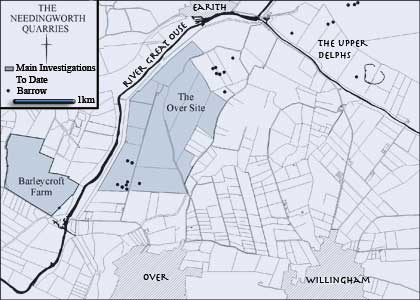 There is a whole range of information on the web relating to the archaeological finds from the different periods, all of which were done as a result of the RSPB – Hanson cooperation. look here for more information. 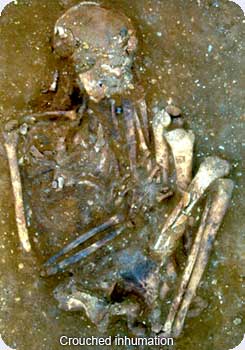 Inhumation found in one of the Bronze Age barrows in the Over area. Source: http://www.strideguides.com/unearthingthepast/web-content/rites.html 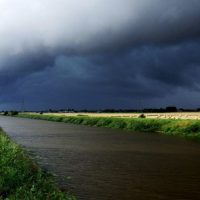 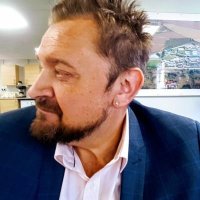 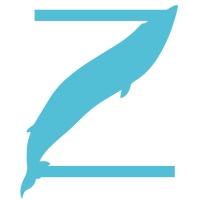 Conservation for the 21st century

New Life on the Old West

Delivering advice and support to Community Buildings for over 95 years

"Only trust thyself, and another shall not betray thee"

Capturing the stories of the Museum and its collections

A Catchment Based Approach to the Old Bedford and Middle Level

Led and facilitated by Cambridgeshire ACRE